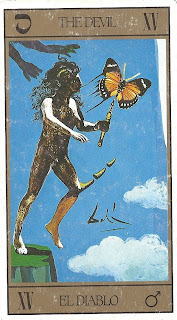 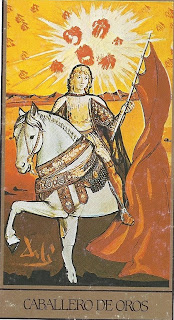 
Step away from those Knaves of Winter.
In the spirit of El Diablo say,
To Hell with this Random Life,
To Hell with Regrets -- only Winter in another form. 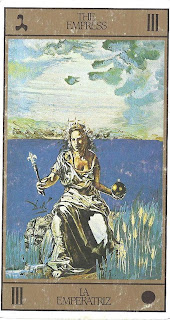 For Tarot Universal Dali
La Emperatriz is Gaia
Who else would ever be The Magician's Empress?Who else could?

No more Comment.
Choice.
La Emperatriz climbs from the fecundity of Mother Earth, her power symbolized in her Scepter. And religion itself is small compared; look in her left hand.
It looks nearly like the fuse on a cartoon bomb.
Rachel Pollack sees Delacroix's Greece Expiring on the Ruins of Missolonghi in the card. 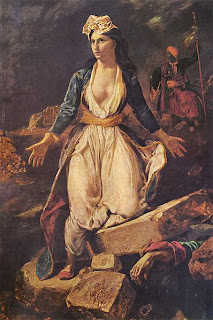 CHOOSE: Be your own Empress, be for Yourself the Sacred three which is the Whole, incorporate your whole; your self with your soul. This is not Random Life anymore. Look at Gaia and see your power. Winter is Over. You are climbing from fecundity into spring. Bloom. Burst forth.