It is a long time now since leaving Salvador Dali's home. 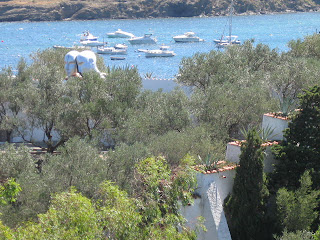 Of course. How else would it be? At its most concrete, time is ephemeral; once an instant passes, once a breath passes, then the time of now is gone.

When that instant was,
when that breath was,
that is what time becomes.
Here and now
whatever time was
time is now ago
And there it will stay forever.
But is it gone? 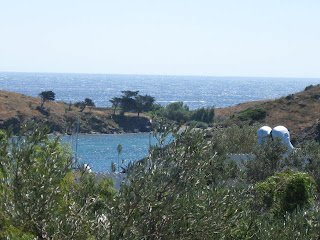 The heads atop Salvador and Gala Dali's home still overlook the Mediterranean Port Lligat, even if the lens that captured this moment is not there.
They are there.
Now.
They are not ago.
This photograph is real,
right now.
Now.


Surrealism arrived about the time scientists started adding dimensions to the long held Reality of Three. Come to find out, as the 20th Century rolled along, Time, the absolute yardstick of Life, and thus of Death, was bendable.

Up until then Life was measured in what seemed a one-dimensional way, Time was so one dimensional it wasn't even considered a dimension. Then, Wham! 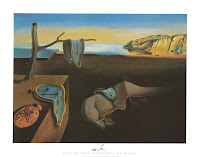 Not only is Time dimensional, it's such a flexible dimension it can verily double back on itself.
Freud,

whom Dali called "my father," found the same thing in the human psyche: Time stretches -- forward, backward, every which where. Memory, conscious and un-, overtakes even the all-powerful present and spills forward into dreams, and obsessions, carving out needs even before desire arises; shaping our destinies.

Perhaps, then, there is no true leaving of Salvador and Gala Dali's house which evolved around the eccentric couple from a fisherman's hut now among the hottest tourist attractions on the Mediterranean.

Like the artist, the house is unusual and the impact breathtaking. 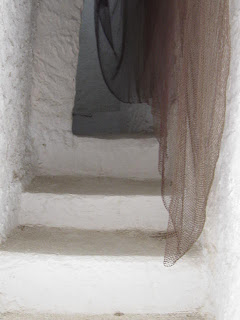 , shuffled through, shuffled out the door,
the timelessness of sea and sun and stone remains. Either in memory or planted by Dali whose so named "Paranoid Critical Method" called not only upon his own "irrational knowledge" but sought to provoke that knowledge.


The evolution of the home/studio grew organically into womb-like rooms of soft curves and sunlight. Narrow stairs and corridors in white. White, white, white, white, white and filled with Dali's outrageous genius and brimming also with Gala. 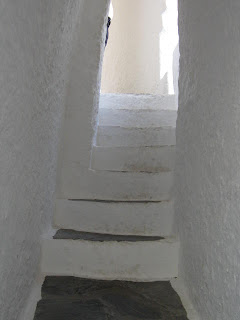 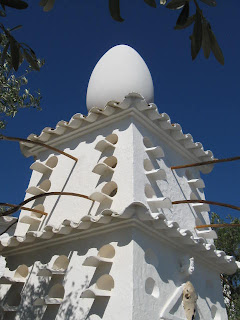 It is the same white hot light inside as out. 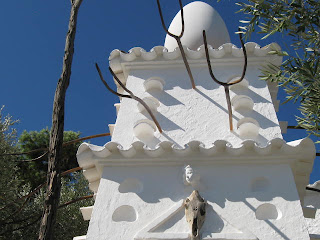 Then something else. Georgia O'Keeffe? 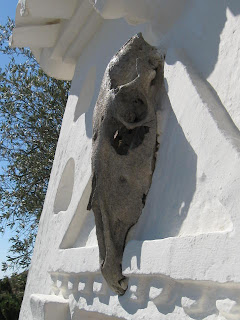 Then inside, a grand piano, nestled and defunct within crumbling rock. 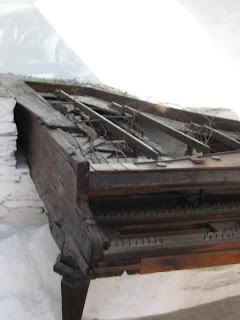 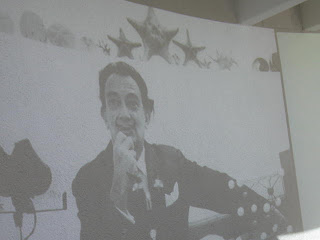 It would be easy to dismiss Salvador Dali on so many levels -- as George Orwell tried in 1946 in an essay discussing Dali's promiscuous and distasteful subjects:

He is a symptom of the world's illness. The important thing is not to denounce him as a cad who ought to be horsewhipped, or to defend him as a genius who ought not to be questioned, but to find out why he exhibits that particular set of aberrations.

But by the next decade, as time warped and dreams became potentially more real than what had once been Reality, Dali added complex mathematics and Einstein and DNA theories into the visionary work he produced on canvas and in objects; seeking to provoke in others the "irrational knowledge" that layers our Reality and telescopes our vision into other Dimensions.

Perhaps, to try to answer Mr. Orwell from this more distant vantage, Dali is trying to warn us of something.